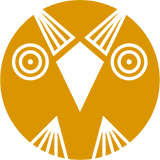 At the darkest time of the year, the home becomes bright. The style trends for the home in winter 2021 reinterpret age-old traditions and light up the home with the warm light of candles, and a colour palette that combines the natural colours of the season with bursts of imagination.

It is the winter solstice, the shortest day of the year. Light and warmth seem defeated by the coldest season, by darkness. But as soon as the sun touches its lowest point, it immediately begins to rise again. From the day after the solstice, in fact, every day regains a few minutes of light. The sun is not defeated.

It is the Sol Invictus, a solar divinity worshipped by the Romans but present, under other names, in all the cultures of the Mediterranean. Perhaps it is indeed a child of the Mediterranean, this sun that cuts its coasts into shards of light and makes its lands rich. And perhaps we are daughters and sons of the sun, we Mediterranean’s who have built a network of cultures and civilisations on the sea, a dense network full of wonders.

This vital energy spreads to homes, which are prepared for this advent. Light becomes a central element of decoration: warm, enveloping, suffused, it is the sign of an emotion that is welcomed and pampered.

The elements of the earth themselves become bearers of this light, giving shape to furnishing objects forged by ancient wisdom and hands that are always young and agile, like the reborn sun. Candleholders, tulip boxes, ceramics – ancient and earthy – become a support for the warmth of the light of a flame, for delicate and precious flowers.

The colours harmonise with the season, echoing the green depths of the lush woods, or the cold, intense Mykonos blue of the winter sea. And then they explode into bright colours, exuberances of the joy of waiting.

Discover the Giacomo Alessi collection, which renews a centuries-old tradition, an ancient practice that is reborn again and again, paying homage to the cyclical nature of the seasons, the blaze of the sun, the heat that bakes the ceramic. Here is our selection for winter 2021/2022, bringing an immortal history into your homes.

A knowledge centuries old, a mythical language that will continue to speak to the present.

Ceramic artworks that take the form of the modern age. And, in this way, shaping it.

Each home tells a story to be lived to the full, every day.

Some stories are unique, others inimitable: like this selection of Giacomo Alessi’s artworks.